Flyovers for Veteran and Civilian Memorials 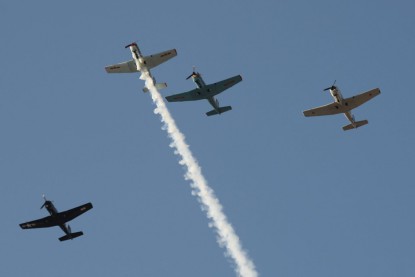 The Tiger Squardon is proud to perform flyovers for appropriate US veteran and civilian memorials.  These flyovers, the venerable Missing Man formations,  became a historic tradition in the military and, specifically, for veterans from the various aviation corps.

The Missing Man Formation was originally a military aerial salute honoring a Veteran who has died, performed as an aircraft flyover at a memorial. There are variations but the most common is a 4-ship of aircraft with the Missing Man inside the flight, trailing smoke. 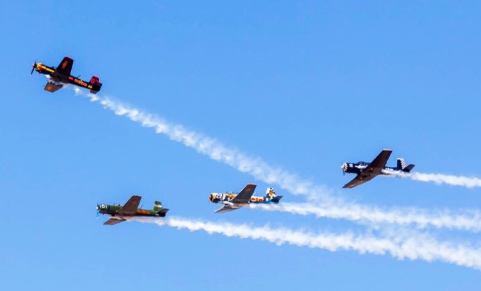 The Missing Man aircraft represents the Veteran who has passed away, symbolizing their departure from their squadron, their friends and their family. When that single plane pulls up with smoke and departs the flight,  it is always profound. It will bring tears to the toughest among us.  The tradition is long and the Tiger Squadron is honored to keep it available in the air.